(AKA Circumareolar Mastopexy or Areolar Reduction) 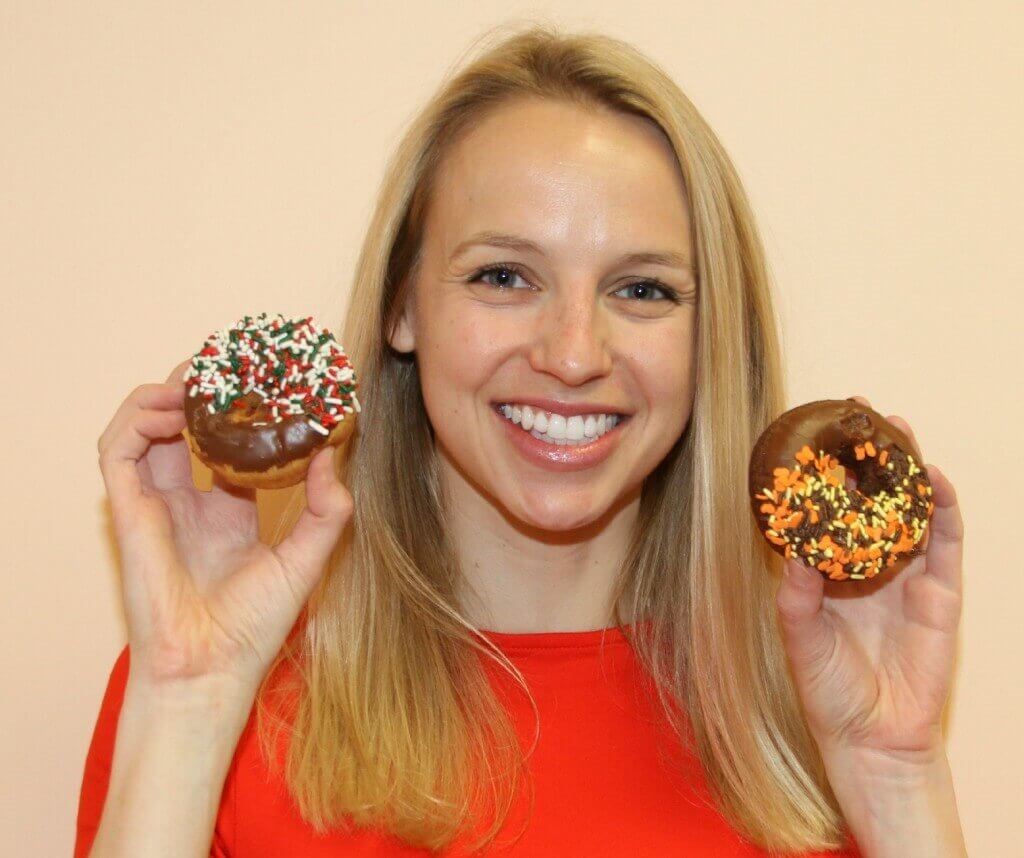 Guess which tool plastic surgeons use when performing a donut mastopexy: A) A rolling pin B) A flour sifter C) A cookie cutter D) None of the above Believe it or not, the answer is C! We truly do use a cookie cutter, or at least that what it’s called because it would be perfect for making nice, round, areola-sized butter cookies. But instead of making impressions into cookie dough, we use our cookie cutter to design nice, round areolas. But that doesn’t explain what a donut mastopexy is.

What Is a Donut Mastopexy?

The graphic video meant for an audience age 18 and older explains the procedure with before-and-after photos along with some views from surgery. https://www.youtube.com/watch?v=vJ7BthLis_E
A Donut Mastopexy is a surgical procedure that usually accompanies a breast augmentation. Although there are variations of the procedure, the original version is to take a ring of skin from the outside of an areola, place a running suture back and forth all around the skinless gap, and cinch it tight like a purse string. Still mystified as to why it’s called a Donut Mastopexy? To a hungry plastic surgeon long ago that round ring of skin looked like a donut. (You probably just lost your appetite!) However, despite the name, the skin removed isn’t always a round ring. Its shape depends on the goal of operation, which brings us to why we do this procedure.

What Can a Donut Mastopexy Accomplish?

If the nipples are less than about an inch below the level of the breast crease, a Donut Mastopexy is effective in scooting the nipples up a bit. If the nipples need more than just a little scoot in the upward direction, more skin needs to be removed, and a more extensive breast lift is indicated, resulting in a lollipop or an anchor scar. Because a Donut Mastopexy yields only a slight nipple lift, the procedure is rarely done alone. Instead, it usually accompanies a breast augmentation. The round contour of the breast implants can exaggerate the low position of the nipples, but a Donut Mastopexy can bring them up facing forward so they look rejuvenated. Confused? Then let’s do a little demonstration. Get two oranges, and place a small round sticker on each. Rotate one so the sticker is angled slightly downward, and keep the other looking straight ahead. The downward facing sticker isn’t just lower, it’s angled downward. A Donut Mastopexy can scoot the low-lying nipple to the higher level of the straight-ahead sticker.

Nobody’s breasts match, except for a Barbie Doll’s. One areola may be lower, or bigger than the other. By raising the lower areola’s position or decreasing the larger one’s diameter, a Donut Mastopexy can create a better match. If one areola is well positioned with a pleasing width, it remains undisturbed while serving as model for the other during a single-sided procedure.

When areolar size reduction is the goal, the level of the nipple may change very little, depending on the goals of the operation. A Donut Mastopexy is often done at the time of a breast augmentation in women with large areolas to avoid further areolar stretching.

Women with areolas that puff out like marshmallows usually have a condition called tuberous (or tubular) breasts. The soft, puffy tissue beneath the skin is breast tissue. A Donut Mastopexy can reduce the projection by tightening the skin.

While a Donut Mastopexy may be done for different reasons, the resulting scar is the same: a line around the areola. Typically the scar is pink for a year, plus or minus six months, and then it fades.